Dr. Layne Norton jokes, "I describe myself as a meathead who loves science or a geek who lifts heavy things!" A highly prominent figure in the direct-to-consumer fitness and nutrition space, Norton attended the University of Illinois (perennially in the top 5 for Nutritional Sciences) where he earned his Ph.D. He went on to earn his pro card in natural bodybuilding, and became a world record holder in powerlifting, all while authoring, "conservatively over 100,000+ posts on bodybuilding.com and other various forums."

With a "six figure business" coming out of graduate school, Norton is currently the founder of Biolayne, Outwork Nutrition,  Carbon diet coaching app, and author of a good number of books. And he does all of this while--much to enjoyment of his very extensive audience-- naming names and calling out the nonsense so utterly pervasive in his space.

When asked how nutrition got so complicated for the general consumer he states, "There are tons of voices out there vying for your dollars. If you're doing it the right way, it's going to take time . . . and people are very impatient, so they start making bold claims because that's what gets attention."

He continues, "If I want to get healthy, if I want to change the way I look, it takes months and months, so people are always asking, 'What's the hack? Where's the trick in there?' Behavior modification is devoid in the fitness industry. We make people out to be X's and O's, but people are messy."

Norton closes with thoughts on why he doesn't necessarily think government intervention into the nutrition world is the best idea, the state of fitness in the USA, serving sizes, marketing, modern news media, scaling his business, how he defines success, and more.

There are relatively few people in the D2C space that are as qualified as Dr. Norton, never mind his willingness and obvious passion to continuing to myth bust, name names, and educate those who have found him.

This is a must listen, but with a caveat: Be prepared to examine your own beliefs because, as Norton is often fond of saying, "Data is greater than your feelings" and not everyone likes to hear that. 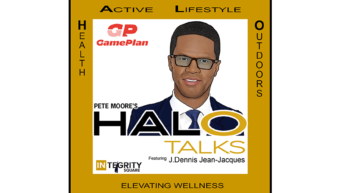 J.Dennis Jean-Jacques is an experienced investor with over 20 years in finance. He is currently the CIO at Ocean Park Investments. His work is based on lessons... 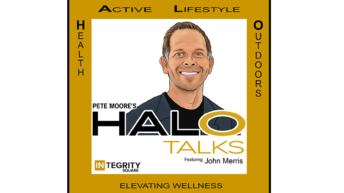 John Merris is the CEO of Solo Brands, a public company that's making huge inroads in the outdoor space. With strong, in-the-trenches experience in sales and...

Helaine Knapp, a self-professed "tech junkie" with a Big Ten education and a penchant for healthy living, risks it all to launch a boutique fitness empire...