In a world where tennis courts are king, one man struggles against the odds. He trudges forward daily doing his best to build a pickleball empire and overcome the obstacles of a competitive market and multiple naysayers. (Admit it. . .you just read that in the "in a world" voice, right?) ;)

In this episode, you will learn:

1. The potential for pickleball to generate significant revenue streams from multiple sources, including membership dues, tournaments, and food and beverage sales.
2. The importance of relationships in the fitness industry, and how Sean used them to grow his businesses over the years.
3. The importance of feasibility studies when considering a new business venture, and how he  used them to validate his pickleball idea.

"There is a gross imbalance in the court supply & demand model right now," Graham states. "The number of people coming into the game and making a lateral move from tennis and racquetball and squash . . . putting it anywhere in the country, about anywhere from 300 to 1000 people per court, depending on where you're at. Down in Florida, you go to the villages, or you come up to where I'm going to play tonight, it's going to be 65, 75 people for six courts. So I see the big picture in providing the courts."

Graham is a veteran health club operator who learned the business working at his Dad's club. His new venture is Backspin Pickleball.  He has a wealth of experience in the industry, and is passionate about helping others and mentoring new entrepreneurs. His Dad was an entrepreneur who owned a chain of clothing stores and then opened up the a racquetball club in Fairfield, Connecticut. He followed in his father's footsteps, working in the family business and eventually started his own consulting company.

Sean was introduced to pickleball by a friend and was immediately hooked. He saw the potential for pickleball to become a big business, so he opened his own club and things took off! He's been quite successful so far, but sees a lot of room for growth and encourages others in the HALO sector to look at this very seriously.

Loved this episode? Leave us a review and rating here. 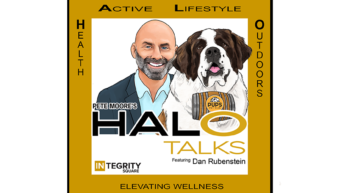 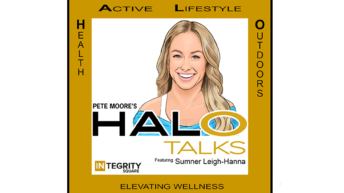 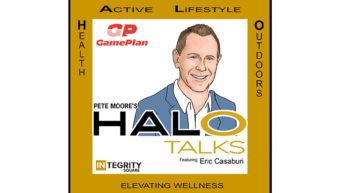 Eric Casaburi is the founder of Serotonin Enterprises, a company that provides anti-aging solutions through hormone replacement therapy, nutritional coaching...